Updated: for the updated, head to the end of the article.

“Focus on the front sight.” If you have ever been to training or had a decent shooter help you, I bet you have heard that before.

In a self defense shooting, has the target moved and now you are aiming at the wrong person?

I have been told, read and heard in podcasts and seen on videos, that younger eyes can transition back and forth so fast that it appears the shooter is focused on all three locations at once. I don’t ever remember being able to do that.

For many people, we have glasses to correct our vision. I have had mine since high school. I had difficulty in transitioning my focus between the target and sights quickly enough to keep a pistol aligned. I was a very good rifle shooter in my small pond and could hit a shotgun clay at 200 yards with open sights on a Mosin Nagant. It took time and concentration. Not something a real-world gunfight has.

Since I went to bi-focals over a decade ago, my speed vs. accuracy declined. As a result, I have tried different types of handgun sights on my carry guns to assist my accuracy.

I moved a 90’s laser off a 10/22 and put it on a pistol to test. That was not for me. My father uses a laser attached to his home defense handgun and is quite adept with it out to 25 yards.

The XS Sights Big Dot front sight turned out to help greatly, however their rear sight was not for me. http://the22man.com/2016/05/xs-sites-the-final-stage/ 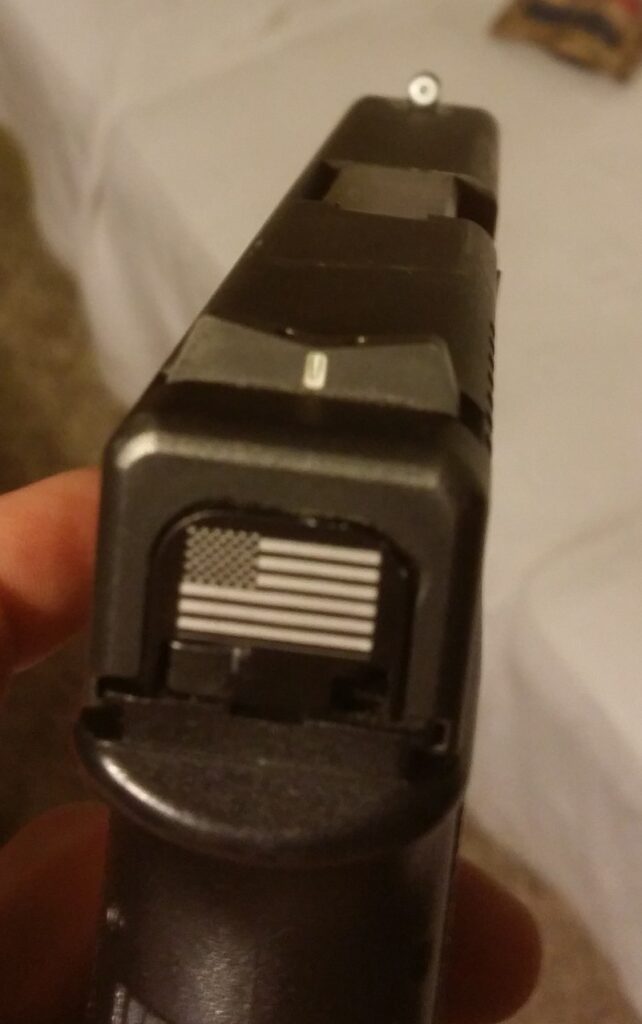 I have seen some version of red dots on handguns for decades, the competition world loved them. The problem is they were expensive and not practical for concealed carry.

I have been steadily carrying that pistol for over 3 years and shooting it no less than twice a month. I also take out an iron sight pistol a couple of times a month.

February of 2020, I decided I had enough time behind the new red dot system to be able to have a true comparison of how much speed and accuracy would be gained in a stressful situation between iron sights and a red dot. In theory the grip, draw, presentation to target would all be the same. It was the time from on target to firing that I presumed would be significantly faster. If I was a betting man, I would have guessed I was at least 25% faster with alignment to shot.

The best testing scenario I felt would be a Steel Challenge shoot (https://scsa.org/ ). The shooting course would be the same, and it eliminated some variables such as movement of the body and changing of tactics that USPSA and IDPA could involve. Steel Challenge would also force me to shoot many rounds and have breaks in between shooting. I did not feel shooting a couple of “Bill drills” or other standards would give me the largest set of data to compare.

I did want to shoot a couple of matches to get a better average. Thanks to COVID-19 (the Chinese virus), I have not had another competition or way to pull a good data set for testing.

For the shoot, I brought my trusty G-19 Gen 2 (with XS Big Dot front sight and Tru-Glo TFO rear sights) that I have carried and shot extensively since the late 90’s.

The comparison pistol is my G-19 Gen 4 MOS with a Trijicon RMR RM06) that I have been carrying and using for over three years.

This let me use the same holster, magazine pouch, ammunition et al. Making the only real difference the iron and red dot sights. The results of my shooting are below. The top image (PROD) is production, the iron sights and the 2nd chart is CO for Carry Optics.

While you may not care about the individual stage results, you may ask how did this test of optic vs iron sight place me and what would have been my results of accuracy and speed. In the screenshot below, you can see how I placed and my times.

There you have it, with a red dot, I took 14th place with a time of 218.16 seconds for the challenge. I also took 15th place with iron sights and a time of 219.76 seconds. The red dot helped me be 1.6 seconds faster for the entire shoot or about .7% faster (if my math is right). I guess that would be statistically insignificant.

After seeing these results, I have spent the last couple of months trying to concentrate harder on the fundamentals (Grip / hand placement, body stance / alignment, trigger pull and sight alignment) using both iron sights and red dot pistols.

What I have noticed is if I don’t have sunglasses on, hat or no hat, and the sun comes out bright, I have to either squint or close one eye with the red dot system. This in turn causes me to shoot slightly left. Same grip stance et al and a cloud overhead, using both eyes I shoot more centered. Could this have been a factor at the February Steel Challenge? I am not sure. It is something I am working on (how to compensate for bright overhead sunlight).

My conclusion is still the same. If your having difficulty seeing the front sight or are concerned that you hit the target where you need to (and the correct target), a reflex dot on your handgun may be just what the eye doctor ordered.

As I stated earlier in the article, I wanted to have several shoots under my belt to gave a better statistical analysis.  This weekend I was able to go to another steel challenge.

Once again I chose to shoot two Glock 19’s using the same ammo and holster. There were some differences I would like to note.

First, I chose to take ‘Delilah’ out as my iron site date. Delilah came to me as a used beautiful pistol. She was so beautiful a friend, Captain Patrick Harp, lusted after her and bought her and named her. A few years later, he was doing some traveling and was not allowed to have a weapon at his base or his home (I have a whole rant on that). That is how she came back to me. This past September Patrick was killed. I used the same pistol for the red dot. 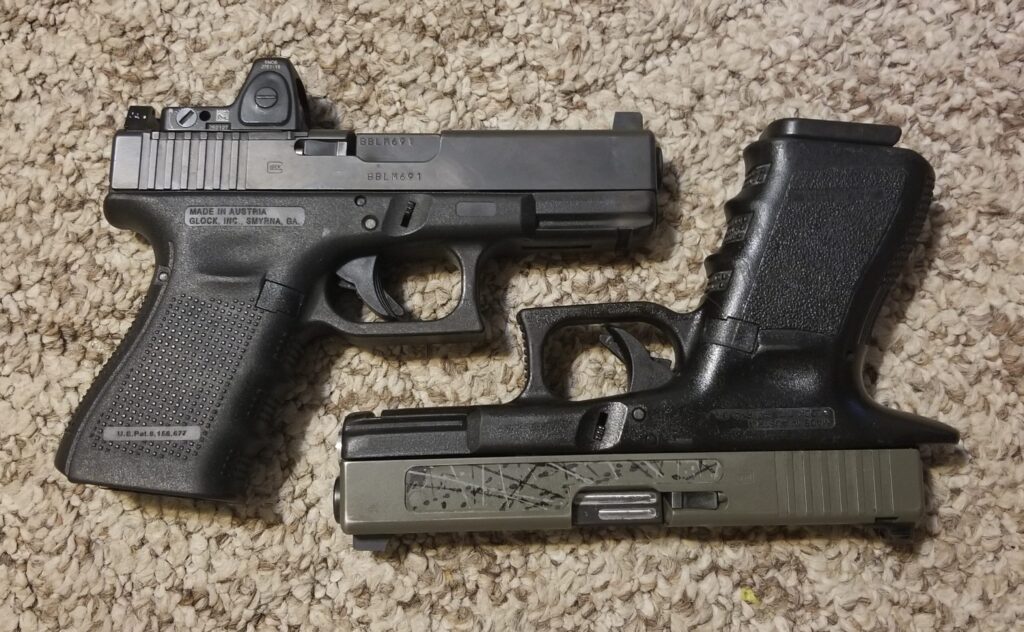 Finally, it was cold and rainy. I shot from concealment under a rain jacket and with gloves on, so my draw times were extremely slow. However, practice like you will fight, so that is what I did.

This time there was a 28.67 second difference in my total times.

If my math is correct this means that I was 11.1% faster.

For those that care, here are the individual results breakdown. I am thankful they throw the slowest time out. Twice I forgot to chamber a round so after the timer went off I had to perform a tap-rack-shoot.