Magazines seem to be the #1 failure of a firearm.

Normally they cause a failure to feed the next round (not enough spring pressure to put the next round up before the slide closes, or the follower sticking), a stove pipe or a double-feed (new round tipping up and catching on the empty just fired brass, pushing it back into the chamber). There can be other reasons for these issues and this is not necessarily everything a bad magazine can cause. 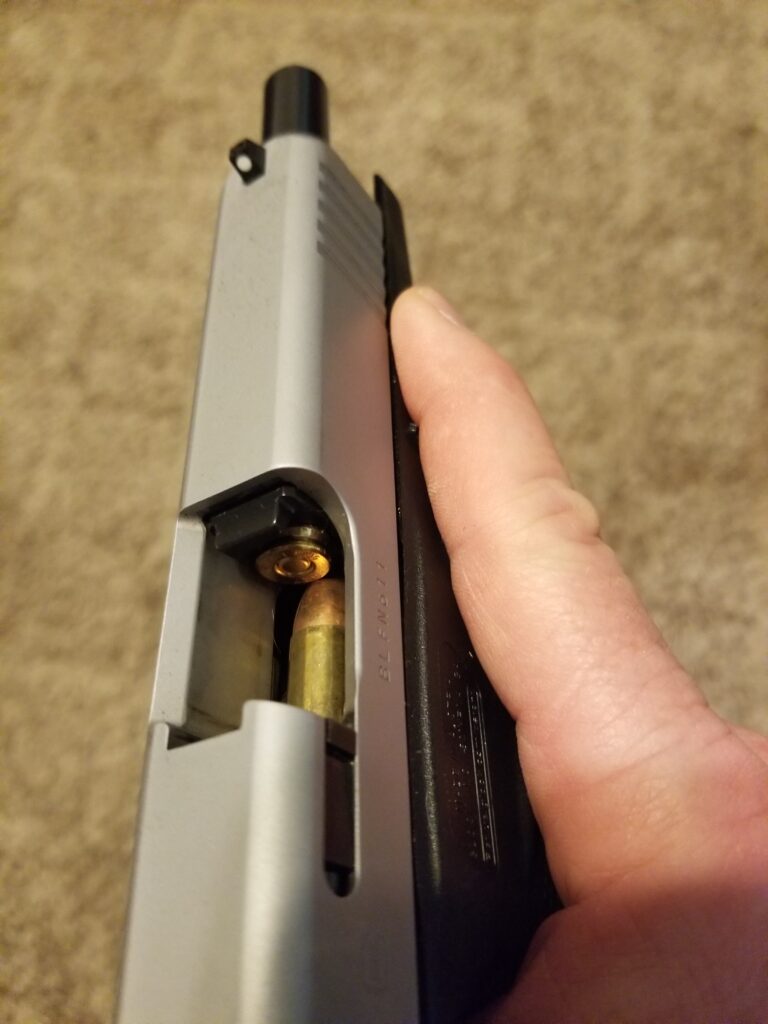 How to diagnose: First you need to be sure it is a specific magazine and not another factor (dirty weapon, bad ammo, limp wristing et al).

To do this, mark every mag in an identifiable way. Use your name or something when you are on the range to tell yours apart. Then mark some way you can tell the different magazines apart “T 1”, “T 2”. You need to number or letter them for the diagnostics. 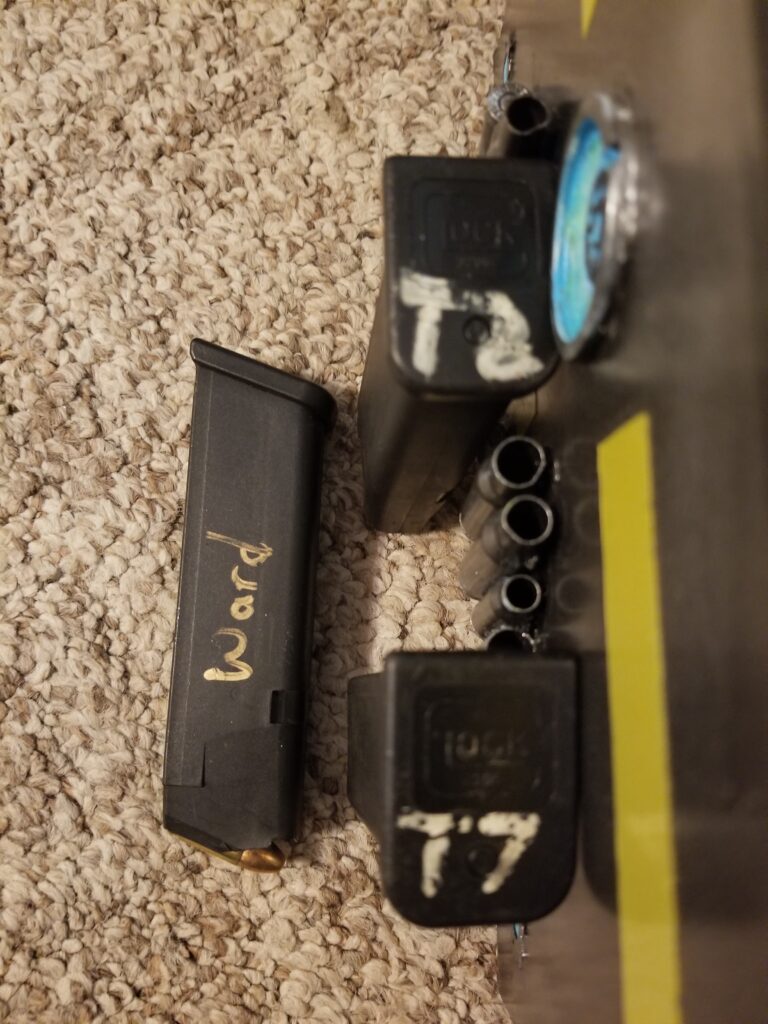 At the range I saw a shooter had put zebra striped duct tape on the base plates of all his magazines. That was defiantly a quick way to know if the magazine was his or not.

When shooting, does the problem only occur on that specific magazine? Then it is probably the issue. If the problem occurs with multiple magazines or all of them, I would start looking at the weapon itself.

If you diagnose the problem occurs with a specific magazine, don’t throw it away yet.

Check if the feed lips are obviously bent or broken.

I have not been able to bend AR-15 metal or aluminum magazine feed lips back to where they work. Brownells sells a tool that will supposedly fix this issue, I have not purchased or used that tool.

If the feed lips are the problem, I don’t know of any way to warranty used magazines. Feel free to contact the manufacturer and ask.

For me, it is time to strip out the spring and follower. Put those parts in a bag marked “used” and the type and round count of the magazine such as “Used Glock 19, 15rd”, “Used 1911, 7 round”. That way if you need them to replace bad parts, you know exactly what they go to. 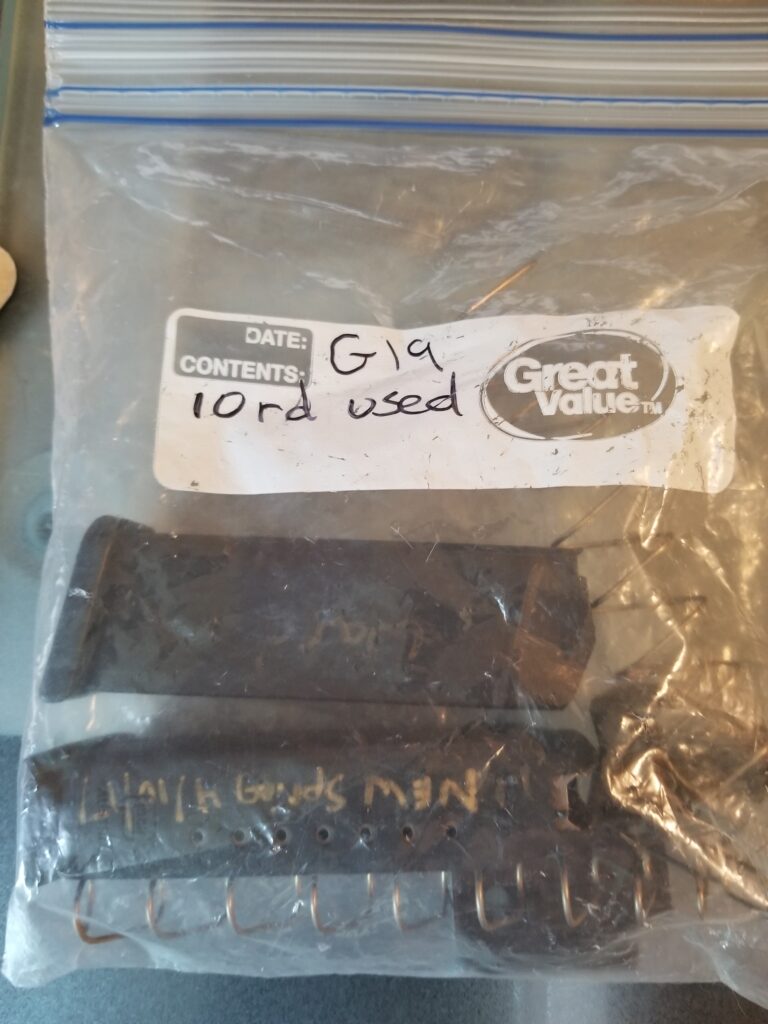 If you have a bad magazine, but are not sure if it is the feed lips, remove the spring and follower from it.

STOP! If you notice stuff (rocks, dirt or gunk coming out of one or both magazines, on the spring or walls of the body, clean it (see the end of this article for how to), put it back together and test it. If it works, you are done, if not, proceed.

Take apart a known good magazine and swap the spring and follower between them.

Test the magazine that was acting up to see if that solves the issue. If it works, put the parts from the suspected bad mag in the known good body. If it fails, then either the spring or follower are bad.
If both magazines work, then we need to go back to diagnosing the problem elsewhere.

If you only have a failure in the previously known good magazine, order a NEW pack of springs for the magazine that is giving difficulty and get new followers too. For those that offer it, I recommend and buy “anti-tilt” followers.

Replace those two parts then test the magazine again. If it works, that is the problem. If not, strip out the new spring and follower, put them to the side (in a bag marked NEW with the magazine type) for next time a magazine gives you issues.

You can normally see if an old spring is significantly shorter than the new one. That would be a clue as to the problem.

If you have replaced the spring and follower and the magazine still causes trouble, strip the new parts and throw it out. Including the old spring and follower. Don’t take them to a gun show to sell. You are only ripping others off and that is not cool.

No need to get rid of a mag body if the spring is weak or the follower is the issue. It is normally less expensive to replace those parts than order a completely new magazine.

Normally keeping a loaded magazine does not affect it. It is the magazines use that wears them out. That is, the act of loading and unloading them. Quite often the follower begins to stick from being tilted and rubbed along the magazine body. That is why I suggest replacing the spring and follower at the same time.

Extended magazines:
You can slam a magazine in to far. For example, if you carry a Glock 19, the Glock 17 magazines will fit, however it under stress you slam it too hard it can go too far into the weapon and cause the slide to not go forward. This is on any pistol that there is a big brother model that uses a longer mag. I personally have not ever had this happen. 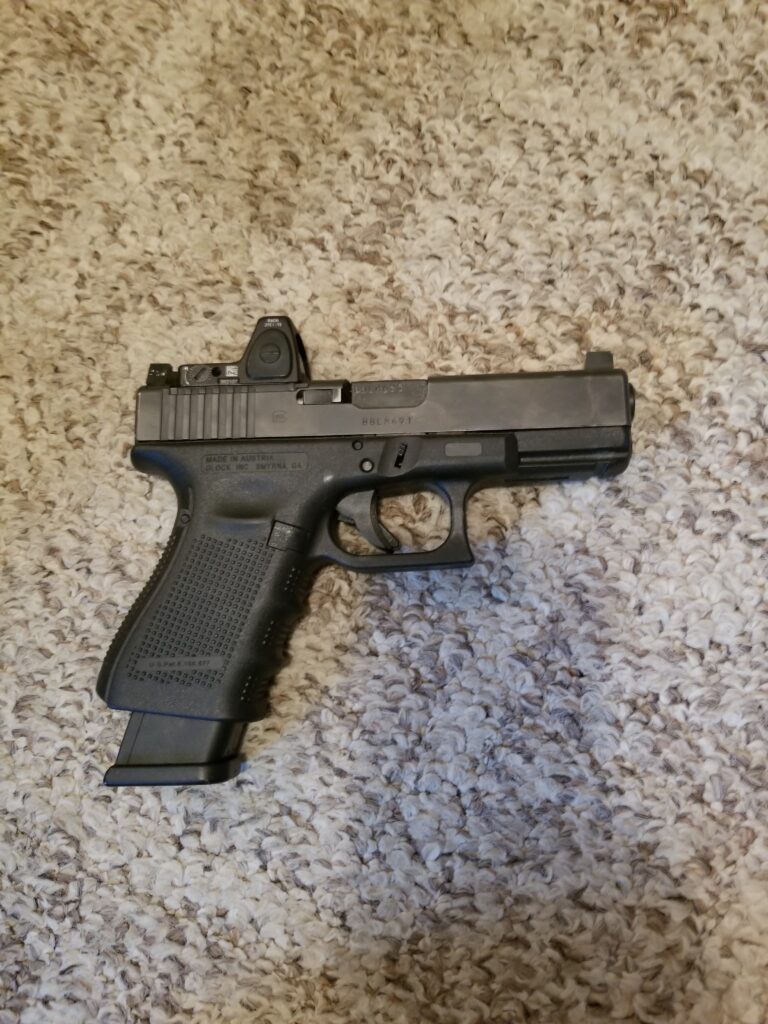 To prevent this, Springfield makes a “collar” or sleeve that you can put on the longer magazine.

If you purchased an extended magazine or just the extension part, be aware, some come with springs, some expect you to use the factory spring

How a +4-extension using the factory spring is supposed to have enough tension, especially for feeding the last round or two, I don’t know. I always order the extensions that include longer springs, and yes, I order spare springs of the correct length and mark them.

Cleaning:
Don’t forget you will need to take the mags apart every so often and clean them. This is especially true if you have “windows” or holes in the magazine. Dirt and debris get in them. If you have been training on a dirt or rock range, all magazines are susceptible to stuff getting in them and causing issues. If a rock wedges between the wall and spring this will be trouble. You can invest in a magazine tool to help take them apart.

Along with the plate removal tool, you can buy a special brush, use your old fish tank cleaning brush (I have seen that used) or use, like I do, an “firm” toothbrush. I have seen metal “detail” brushes too. Scrub out the dirt dust grass, mud rock et al.

Don’t oil / lube the inside magazine because it is small moving parts, oil collects dust that collects dirt that will jam up the spring and follower.

That is enough for now.