I thought I had posted this years ago. Apparently not. It is all the more true in 2020 since the Cheaper than Dirt has had unreasonable practices multiple times since then and finally has the Texas Attorney General looking into them. https://www.thetruthaboutguns.com/breaking-texas-ag-accuses-cheaper-than-dirt-of-price-gouging/

As a micro-business I am all for making a profit, however there are times when a business takes advantage of customers and that is not right. During the attacks of 9/11, in our area, several gas stations jacked the price of gas up. The Missouri Attorney General took action and the prices were reduced and those particular stations were forced to sell fuel cheaper than anyone else for a time.

During the firearms purchase madness that occurred late December 2012 through July of 2013, some firearms related companies decided to “screw the customer” under the guise of market economics, lies and damn lies is all I can say.

Below is the unaltered letter to one such company.

I emailed Cheaper than Dirt via their web site email form back on July 31st or August 21st, 2013 my personal notes are unclear. Regardless, they have had more than enough time to “catch up” on their emails, read my complaints and respond. Since they have not, I have decided it is past time to go public.

To: Management and ownership of Cheaper Than Dirt.

From: Kent Ward – a customer

My mom is from Ft. Worth, and I have family that lives in the area. I visit your retail store almost every time I go to visit family. I have also ordered via your web site and catalog numerous times over the last decade or so. I don’t mind spending money on wants and needs and I consider myself a “regular” customer of CTD.

I have a micro business, it is a technology one. When RAM skyrocketed in 2004 due to floods overseas, the RAM I had in stock stayed the same price, only new RAM that cost me more was raised in price. The same for the hard drive shortage due to later floods overseas, no price increase for current stock. Please don’t give me the baloney of “supply and demand”, there is a difference.

If some individuals want to purchase product from you to resell the items and jack with the price, let them, it is important to keep your customers happy as well as make a profit. Profits are not about gouging your customers.

I cannot claim to speak for a large group of people, and I am not making any threats of “I’ll never buy from you again”. I can claim to have friends, many of who are preppers, they too noticed your gouging and reported it to each other, spreading the word via email and social media.

While many people may get mad at a business like Best Buy or Wal-Mart and swear they will never shop there again, most go back due to pricing or convenience. I don’t believe you can win customers back so easily, I do believe you have enough competition and are not large enough to lose large quantities of customers. I am not sure you can win lost customers back on price alone. You have lost many customers over this price gouging, most of whom will not return.

You have offended me and others across the nation by charging $1,000 for ammo that was $400 and $100 for $14 magazines, also your drastic pricing on surplus ammo from the 80’s (so how did that “cost more” to manufacturer?). I have not seen an apology from you in any formal way. I have seen continued higher than necessary pricing on ammo, firearms and magazines. Do you plan on reducing your pricing and apologizing or are you just going to “keep on doing business as usual”?

Below are unaltered screen shots that make my point.

Your reply is anxiously anticipated. 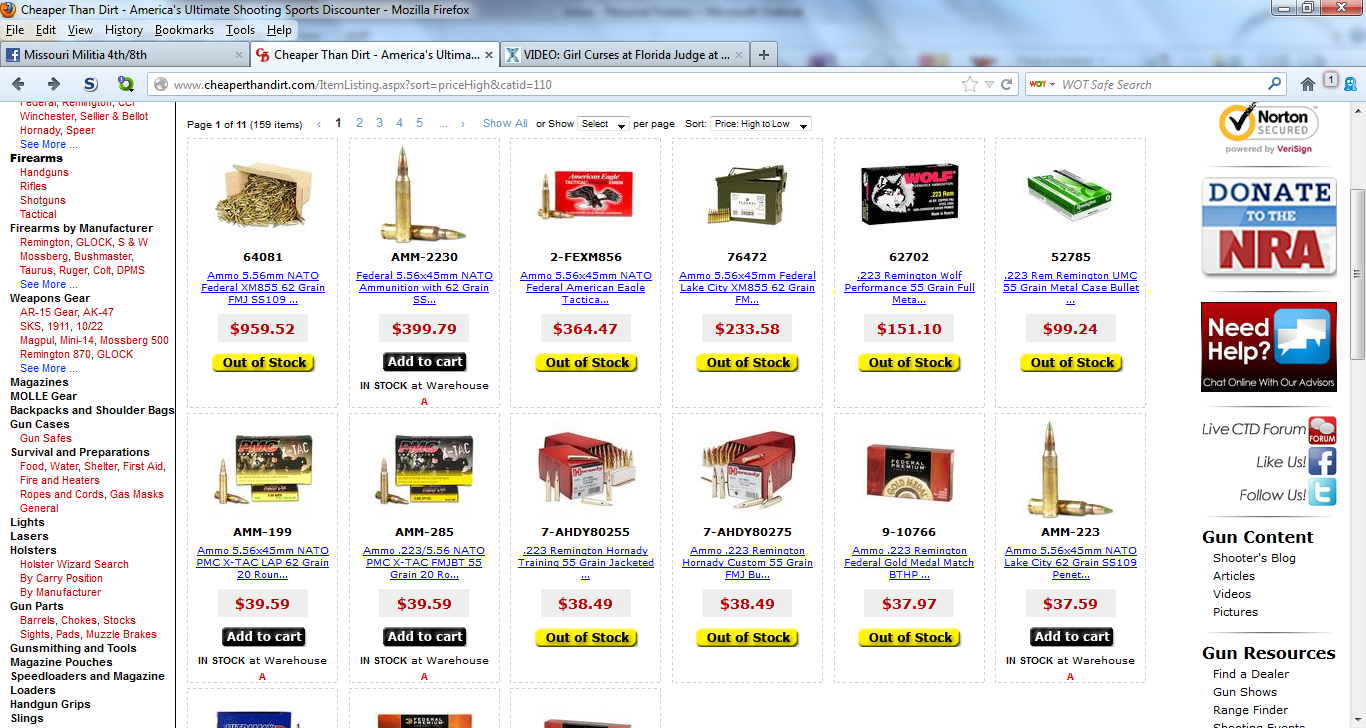 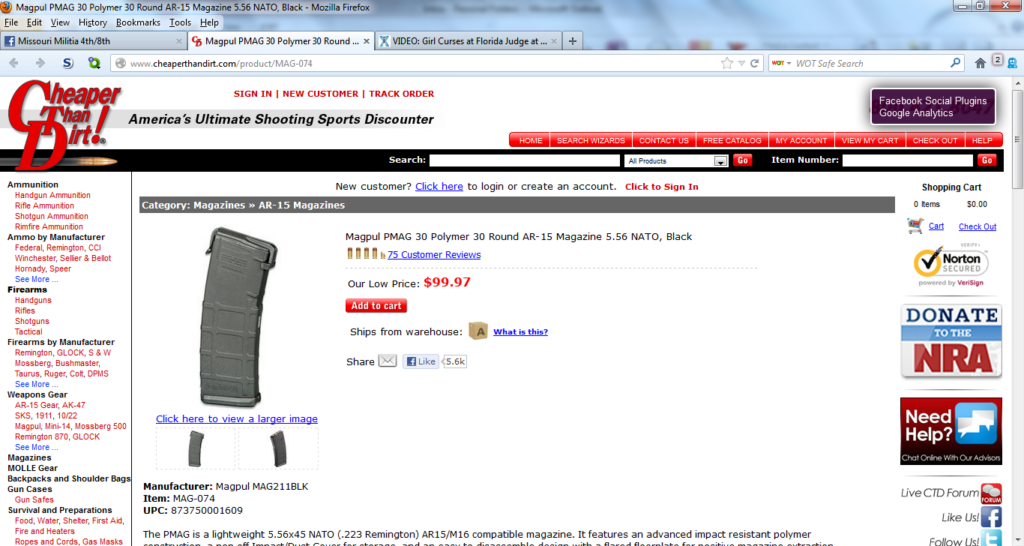