Previously I wrote an article on Pistol Caliber Versatility  comparing what calibers could be shot in place of the main round.

In this article I want to discuss a similar topic, shooting different calibers, safely in a pistol by swapping minimal parts. In this case either the barrel or the barrel and magazine.

There are a few things to consider when swapping cartridges. Can the handgun handle the pressure? What parts are needed to be swapped? What is the cost of conversion?

Some companies sell complete upper slides, recoil springs, barrel and magazines. This can be a costly affair. I wanted to do as little swapping as possible and keep as much money in my pocket, and yours as possible.

My first experience with swapping only the barrel in a weapon to shoot a different cartridge came with the CZ-52 pistol.

The original CZ-52’s were 7.62×25, commonly called the Tokarev round, though it was shot in many different pistols and a couple of sub-machine guns. Reading books as a youth, I thought this was a puny round, until the mid 90’s when I fired my friends. Then I saw the potential of this round. I purchased one in 9mm and had nothing but issues with it. Later I bought one in the original 7.62×25 and love plinking with it.

Back in the late 1990’s on the old Makarov.com site, which had a CZ page and forum http://www.makarov.com/cz52/index.html I found that several people had put in 9mm Largo barrels and shot the Largo round without any issues.

Here is a little on the 9mm largo cartridge: http://9mmlargo.com/cartridge/index.htm

It turns out only a barrel swap was needed, the same magazines and recoil spring worked and the system ran / runs flawlessly with it. My presumption with the 9mm Luger jamming is it’s a shorter cartridge than the Largo and does not feed properly. 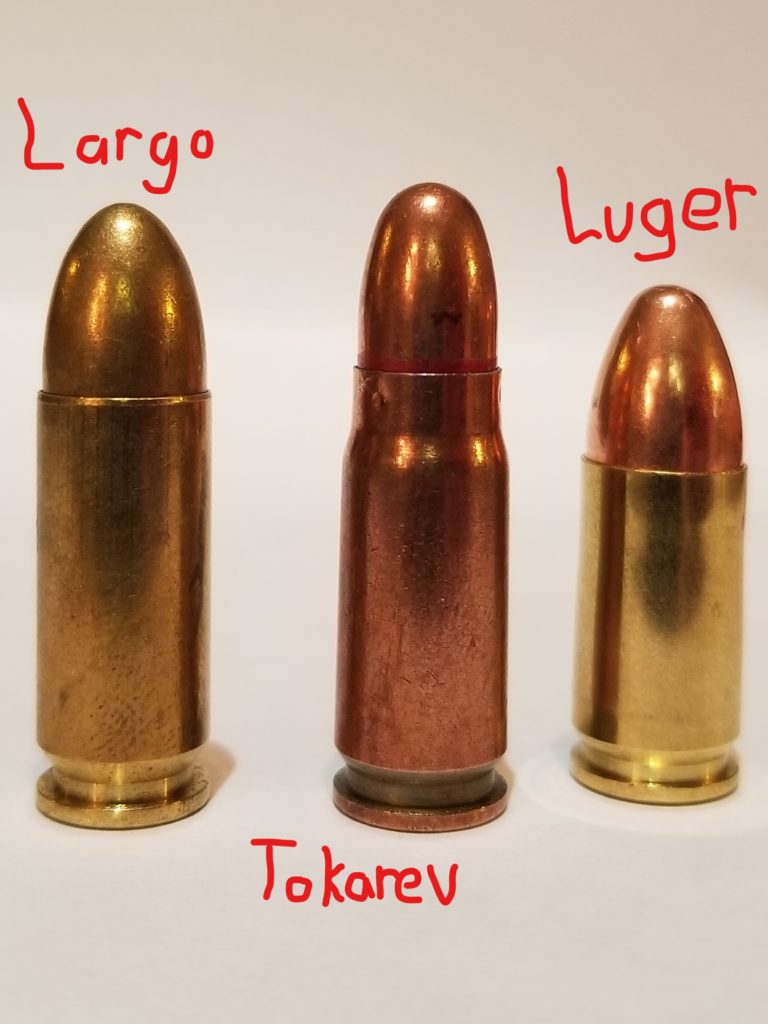 Today is the 9mm Largo ammo is hard to find and I could not find any barrels to convert a CZ-52 to it. In 1999 for “Y2K apocalypse”, this was a legit “one gun equals many options”. That is no longer the case.

During late 1998, I read that the Glock 9mm luger and .40 S&W weapons were built on the same frames and wondered if barrels could be swapped. For this article I checked, my frames were NOT the same. 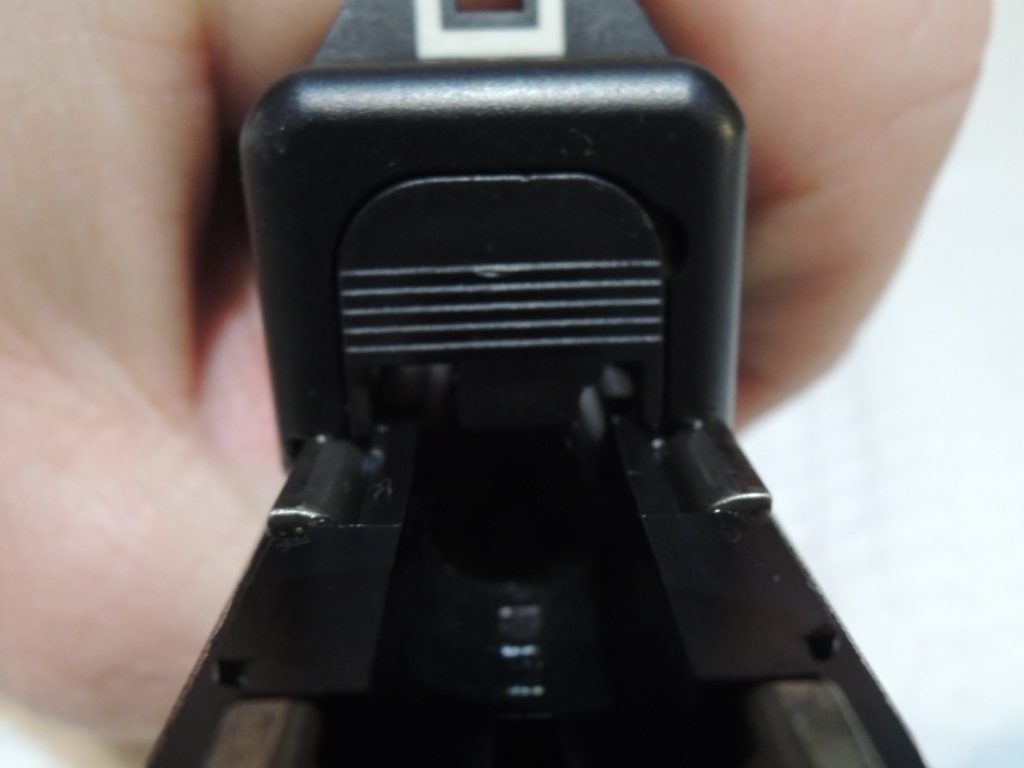 There are other pistols besides Glocks and the CZ that can be converted. I don’t own them and have not experimented with them. Check out a few choices at Lone Wolf

At that time Glock emphatically stated “No!” to converting a 40 to 9. I didn’t see the problem. The extractors were different, so in theory to swap out from 40 to 9 or 9 to 40 you would need the appropriate extractor, barrel and magazine. The 9mm, .40 and .357 all use the same recoil spring. That left some validity to having one pistol that could shoot multiple calibers.

There have been complaints about most manufacturers who used the 9mm frame and slide for .40 S&W and .357 Sig pistols. Reports of cracked frames and or slides due to the higher pressure compared to the 9mm are all over the internet. I have not experienced that issue.

At my first Glock armorer’s class, I found out a little more about 9mm conversion barrels. These barrels did not require an extractor replacement since they are designed different than the standard Glock barrel. 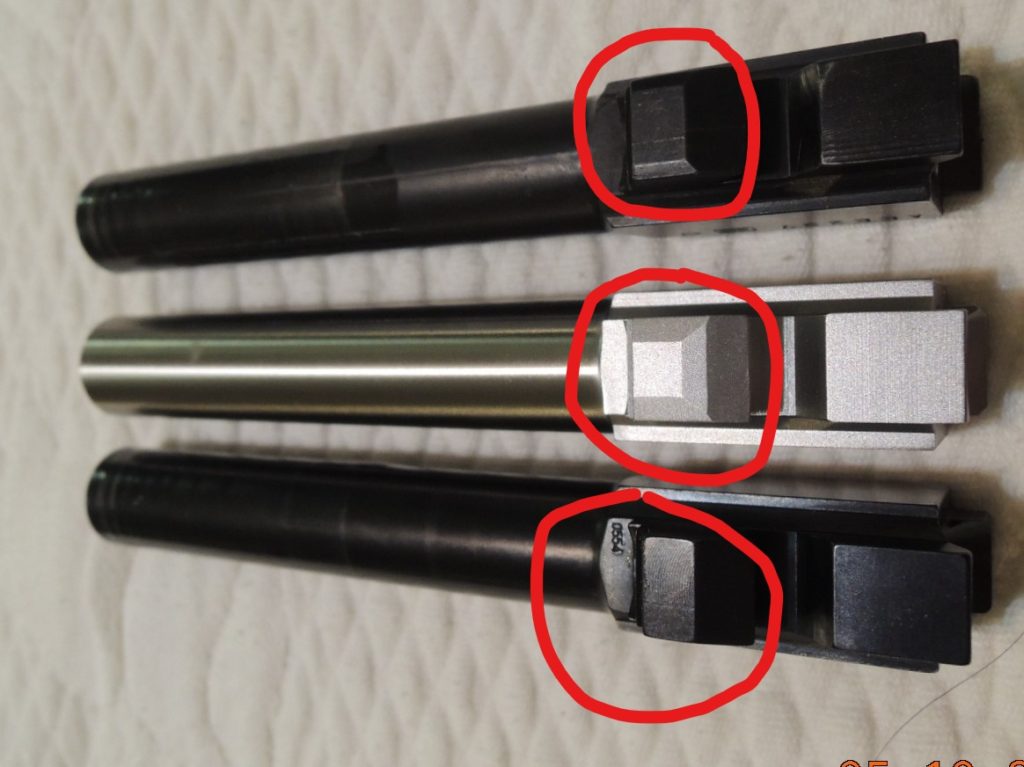 For my purposes I wanted to see if converting made sense financially, with ammo availability and for a way to have one physical weapon shoot as many “pick up” cartridges as possible. So I chose to find out if my G31 in 357 Sig could be easily and quickly converted to .40 S&W and 9mm Luger.

Even though the 357 Sig and .40 S&W magazines are marked separately, they have the same dimensions and are interchangeable. I have shot lots of 40 through the 357 magazine with zero issues.

To convert between .357 and .40 I would only need a barrel. Since I also own a Glock 22, I was able to just take that barrel, drop it in the model 31 and run various test. There was not one legit hiccup.

For this article I went back out and shot for a group of five rounds for both accuracy and Point of Hold (PoH) changes. The .40 barrel was more accurate than .357 barrel and actually shot closer to PoH at 25 yards than the. 357.

I also ran the Student of the Gun one box workout.  The only failure I have is one I have with every Glock. At one point you chamber a round, remove the magazine, shoot and the shoot again. The point is to have no round in the pistol so you can see if you are jerking your 2nd shot. With all the Glocks I have done this, they don’t properly extract. This is because there is no magazine to help direct the empty brass out. Again, this is not a fault of the barrel, or even the weapon.

A Glock factory barrel can be bought numerous places for an everyday price of $150.

So to convert from .357 Sig to .40 S&W or the other way around, all you need is another barrel in the correct caliber, quick, each and inexpensive.

I trust the .357 sig round for outdoor unwanted predators (bears, mountain lions), so it is my go to hiking and camping gun. The .357 Sig did not catch on like I felt it should, right now .40 ammo is still widely available.

The 9mm Luger cartridge is once again growing in use around America. In theory if there was an event that made the USA a 3rd world country, getting .357 Sig would be almost impossible, so the ability to just pack the weight of 2 more barrels and some 9mm magazines would lighten the load physically and mentally.

The conversion barrel I chose is a Double Diamond that I purchased from GlockStore.com  It was on sale at the time, however everyday prices are $169.99. Lone Wolf has their barrels for $99.99 There are several other brands out there, the choice is yours.

The Double Diamond fits just right in both the model 31 and 22 slides.

For accuracy testing of this article, it shot better than the factory .357 but not as tight as the .40 barrel.

None of the 3 were very far off of PoH and grouping was acceptable for “combat accuracy” at 25 yards. I just rested the frame of the model 31 on a rifle rest and took my time, nothing fancy.

I also shot the one box workout without issue until the shots with the magazine removed, again, I have this with all Glock handguns, so I don’t count it as a problem.

I also shot 10 rounds of JHP in double-taps as a test for feeding. No issues there either.

There are other conversion changes available for the various Glocks such as the model 42 in .380 can be converted with a barrel swap to 9mm Makarov. Glocks can be converted from 45 to 10mm and 10mm to 40.

That is way to much information for now.