Batteries do fail, leak and explode.

Over the years I have stashed away different useful items. Some may call it prepping, others a survivalist attitude, I consider having something when you need it.

I have suggested keeping batteries for trading , in your BOB, and of course as an item for emergency needs.

Batteries are one of those items I have bought, not in massive bulk, but in 12 or 16 packs at most. I don’t just throw out “dead” batteries. When they are low on voltage I keep them for other devices.

For example, our Wii controllers start getting funky when an AA battery is at 1.4v, I can use them in our TV remote until they are at 1.3 and then in cheap flashlights I keep in cabinets or places I need just a little light, until 1.1 volts. I keep packaging and mark it with the voltage of the batteries, and put the low voltage ones in it until needed.

Over the years, I have had these batteries fail. They were not installed in anything just in their packaging or a shared container keeping them separate (no ends touching each other). Some of them were new and never installed in any device, others were waiting to be used again. Many that failed were generic brand batteries, some were not. As you can see by the images below (I have been preparing for this article for a few years), all types of “incidents” have occurred from leakage of acid, to rust, to plain old “exploding”. 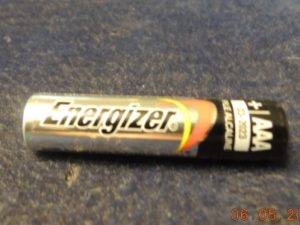 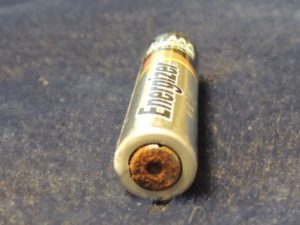 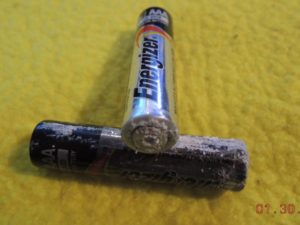 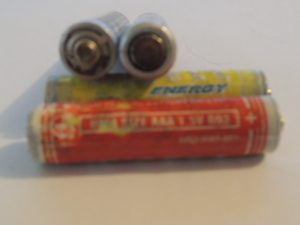 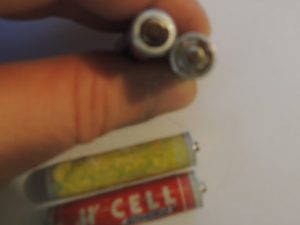 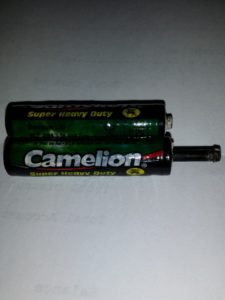 The only batteries I have that have not leaked or had an issue are Duracell Quantum red . 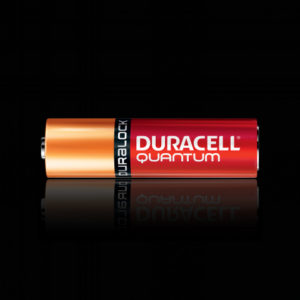 The moral of this article is, keep an eye on your batteries, new and used, be prepared to replace them even if you didn’t get to use them.

One thought on “Batteries fail, even when just sitting on the shelf”