This is a reprint of an article written by Dan McNeil. It has been reprinted with his permission and has been left unedited. It gives a lot of history, that is no longer in books, in a condensed format. Take it as history and facts, if you are a hater, go to another blog please.

68 years ago, in 1948, at least two thousand years after-the-fact, the United Nations declared Israel a nation. One day later, in just the first of many cases of pissey middle-east buzzkill, every Arab country surrounding Israel declared war.

And to think all this excitement began with a simple good deed.

Napoleon Gets the Ball Rolling

In 1807, French armies were roving with egalitarian impunity all over continental Europe, but stopped kicking monarchist butt long enough to the shock the world. Napoleon, emperor of France, and occasionally rational lunatic, declared that French Jews would henceforth have the same rights and benefits accorded all French citizens. Up till that time, the governments of Europe officially disdained and persecuted the Jews, viewing them as Christ-Killers, well-poisoners, and parasitic middlemen.  And drinkers of children’s blood.  Don’t leave that one out.

But over the next hundred years, Napoleon’s pro-Jewish policy paid off big-time for France.  Finally allowed to assimilate, the Jewish community became a French national powerhouse in banking and industry, a source of French patriotic pride. Awed and inspired by this amazing transformation, the world opened its eyes to see the Jews in a new and different way.  It now viewed the Jews as extremely  wealthy Christ-Killers, well-poisoners, and parasitic middlemen.  And drinkers of children’s blood.  Don’t leave that one out.

The Zionists in the East

Unlike the success story in the west, however, the story for Jews in eastern Europe was pretty terrifying. In Russia, where the majority of European Jews lived (by virtue of Russian conquest), Jews had no rights, were poverty-stricken, and subject to unrelenting harassment (lynchings, murder etc.). Desperate to get out, Russian Jews grew obsessed with the hope of escaping and constructing a new Zion in their ancestral homeland of Palestine. The newly-wealthy Jews in the west scoffed at the concept of a Jewish homeland in the barren deserts of the middle-east, but guilt-ridden over the plight of Zionist Jews in Russia,  began purchasing vast tracts of land in Palestine for them.

What About the Arabs?

Naturally, common Arabs were resentful of the newcomers, though wealthy Arab landowners welcomed the Jews as saps.  They were more than happy to sell their land, often at many times its actual value.  After all, it was  mostly scrub desert— worthless—they thought. So Jewish emigration from Russia that began as a trickle in the 1800’s became a flood in the 1900’s.  And common Arabs seethed.

News Alert—Add Water to the Desert and It Turns Green—Who Knew?

Few Jews were prepared for a hardscrabble life in the desert, but using scientific farming methods, the ones that stayed, figured it out.  And as they grew successful, many tried to ameliorate growing Arab resentment by giving them employment. Unfortunately though, one large influx of Jews was comprised of militant Marxists (they did come from Russia, you know). Unwilling to “exploit” workers, these captains of communist industry refused to hire Arabs.  Figuratively speaking, they hung out a sign that said ‘No Arabs Allowed.’ This behavior (among other things) truly pissed off the Arabs, greatly antagonizing an already dicey relationship.

Ultimately failing as farmers (and as communists always do, everything else except murder—see Stalin, Mao, Che, Pol Pot etc.), 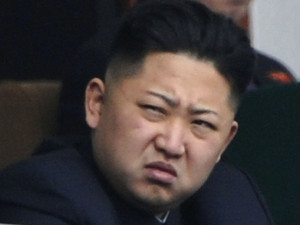 The Marxists, harassed and despised,  gave up on their grand Jewish/Communist experiment after just a few years. (As an aside, there’s a happy ending here.  Despite this failure, they were welcomed back with open arms to the Soviet Union to share in the fruits of the grand ongoing Socialist/Communist experiment. And there, to a man, they were rounded up, arrested as spies, and shot. )

I told you it was a happy ending.

By the 1930’s, in spite of conflicts with the Arabs, the Zionist Jews in Palestine had become not only self-sufficient, but prosperous.  Just like those lucky assimilationist Jews in western Europe.

Uhh—Not So Lucky After All

No kidding.  This was the 1930’s, and time was running out for the Jews of western Europe.  The assimilationists, believing their wealth and patriotism would protect them from the advancing tide of Nazi anti-semitism, stayed put rather than fleeing. Denounced by friends, hounded by their own governments, the assimilationists were shipped in cattle cars to the death camps and died by the millions in the gas chambers of Auschwitz, Dachau, and Treblinka. They learned too late what the Zionists always knew.

Deep down, Europeans have never stopped viewing Jews as Christ-killers, well-poisoners, and parasitic middlemen.  And drinkers of children’s blood. Which takes us back to the beginning of this article.  In 1948, three years after the holocaust and WWII ended, the United Nations, sympathetic to the plight of the Jews, declared Israel a Jewish state. And the Arabs declared war.

Unfortunately for all those angry Arabs, the Jews of Israel were even angrier and not taking any crap.  Six million Jews had been murdered in the holocaust, and Israel’s motto, “Never Again”, should have given the Arabs pause. But it didn’t.  And it didn’t help that most of the Arab leaders were idiots who thought they’d have little trouble sweeping aside a few Jews. In fact, the president of Syria stood tippy-toe at the very tippy-top of Mount Moron when he confided to one of his fellow leaders, “…I can tell you in confidence that we even have an atomic bomb…Yes, it was made locally;  we fortunately found a very clever fellow—a tinsmith…”

Made locally?  What a nitwit.  Everyone knows the best imaginary atomic bombs are made by the North Koreans.

Within a year, despite being surrounded, outgunned, and out manned, the Jews had defeated every Arab army that came against them. Which thankfully settled the situation for good—till the 1956 war, the 1967 war, the 1973 war, the invasion of Lebanon, the Intifada…